How is Focal One HIFU different from other types of prostate cancer treatment? 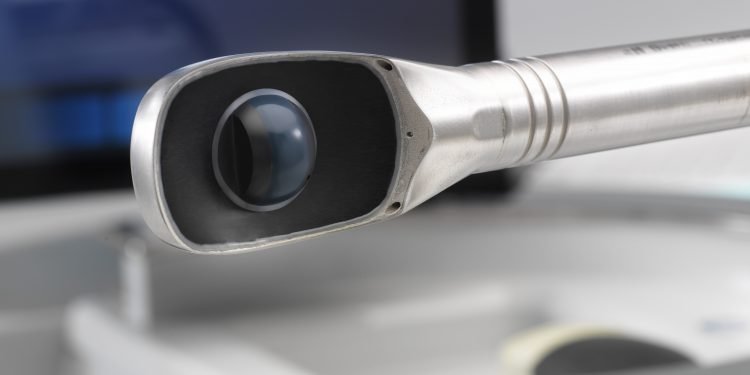 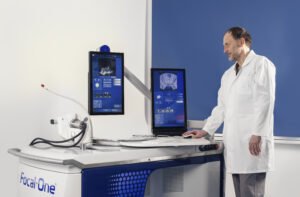 Focal One HIFU is the middle ground between active surveillance and radical treatment for prostate cancer. Focal One destroys prostate cancer by delivering precise and focused ultrasound waves to the damaged prostate tissue in a specific area. It uses ultrasound energy, rather than radiation.

The system is programmed to find and destroy only the damaged part of the prostate using high-intensity ultrasound waves, without affecting surrounding tissue or other organs.

Surgery and radiation therapy are the two classic treatments for localized prostate cancer.

Although their results are satisfactory, these forms of treatment are associated with functional complications (urinary incontinence, impotence, etc.) and, therefore, with potential deterioration of the quality of life.

HIFU is a non-invasive, non-surgical, and effective method that uses a precise robotic system, significantly reducing the likelihood of side effects and destroying prostate cancer cells in one session. Thanks to this, other parts of the prostate remain intact.

The robotic method is especially sparing: the tumor tissue is destroyed at once and without any contact. No incision is performed, there is no possible blood loss or other side effects such as thrombosis, embolism or even death.

Unlike brachytherapy, no foreign substances remain in the body during HIFU, and the procedure is performed robotically. The automated process makes the treatment much safer. The therapy relies on accurate visualization that maps the damaged area precisely. Focal One provides for:

– Monitoring of the treatment,

– The process can be paused at any time,

– Patient data can be retrieved and viewed in real time, without interrupting the treatment,

Unlike radiation therapy, in which ionizing (damaging) radiation passes through healthy tissue before reaching the target, HIFU uses mechanical, ultrasound waves, which are non-ionizing and harmless to humans.

As a result, the treatment can be repeated if necessary. In addition, HIFU is a completely non-invasive procedure, while brachytherapy requires reaching the prostate through the rectum to inject radioactive substances. Therefore, in comparison to the other types of treatment, such as cryotherapy, radiofrequency ablation, laser ablation, etc., HIFU has the following advantages: 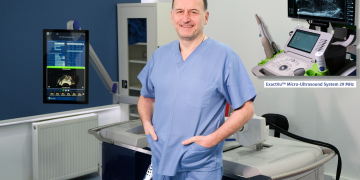